Tips and Advice for Photographing Children

This page is all about, you guessed it, tips and suggestions for taking your own photographs of your own children. It starts with some basic things, and we'll move on through whatever else I can think of too. Read though (it's only short at the moment, I am trying to add something every week or two), and please do add a comment either on this page or on Facebook. If you have any specific questions, let me know and I will try to cover those.

I am trying to keep it lighthearted and entertaining as well, and I'm using photographs as well as words - I want you to SEE the differences! 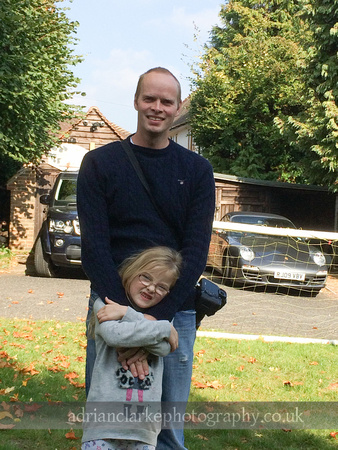 You should have realised at some point that you are quite a lot taller than your children, at least for the first ten years or so, and probably longer than that. I'm quite tall, which means that my children will probably be quite tall too eventually, but in the meantime I am way taller than they are. Photographs of your children, especially if you are reasonably close to them (within a 5 metres or so), are going to be improved if you get down to their level for many reasons:

So here is a before and after. It's not intended to be a stunning portrait photograph of my daughter, but just a couple of snapshots - the first taken standing, the second one taken kneeling down. 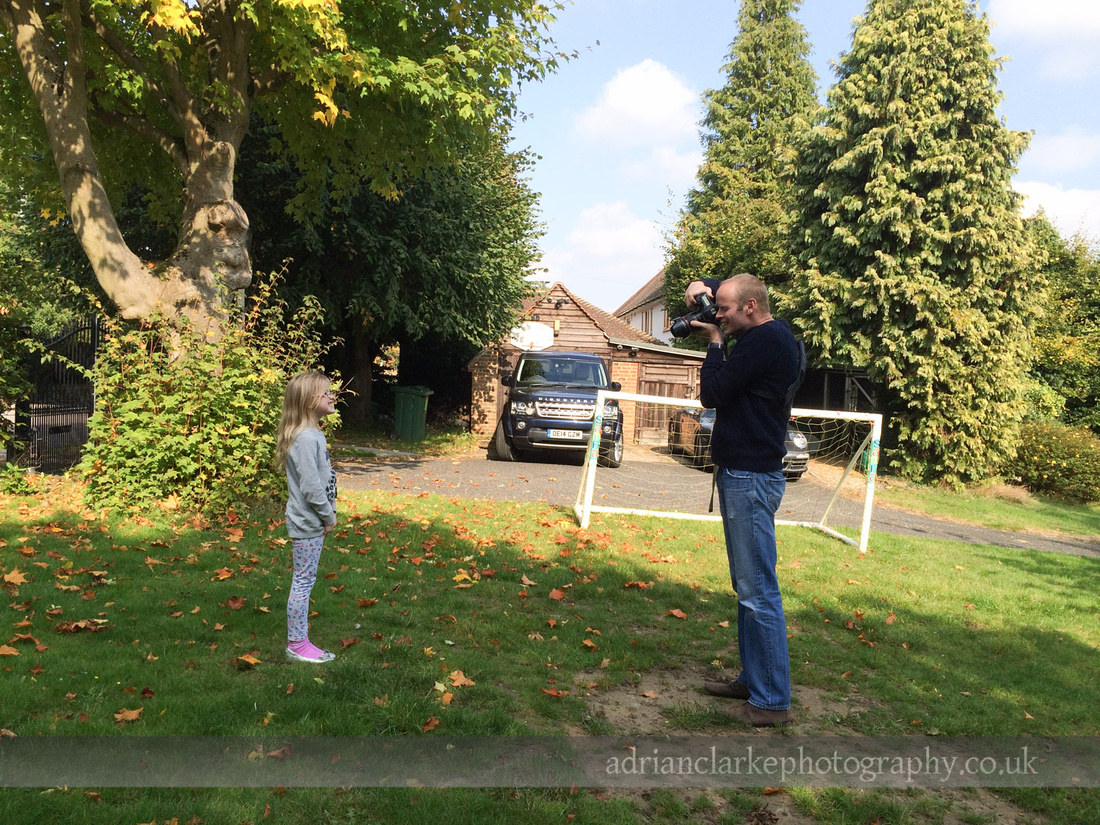 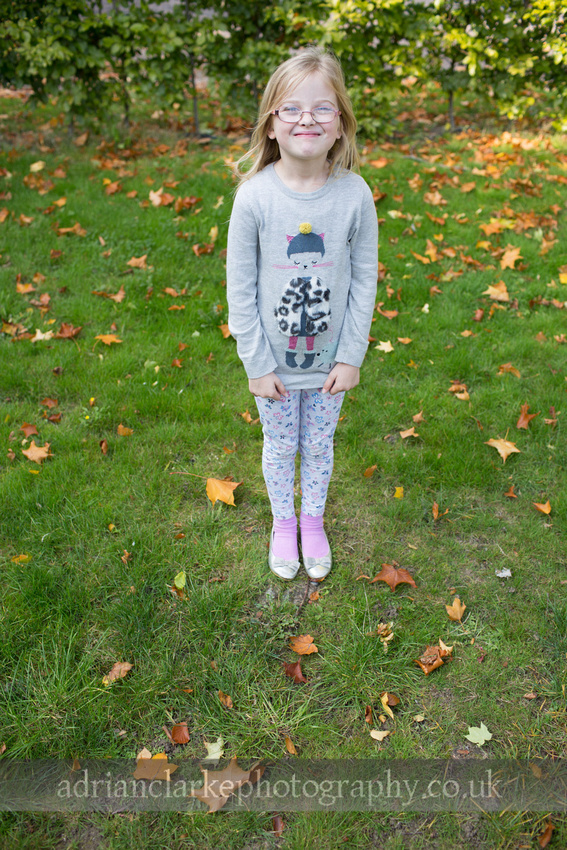 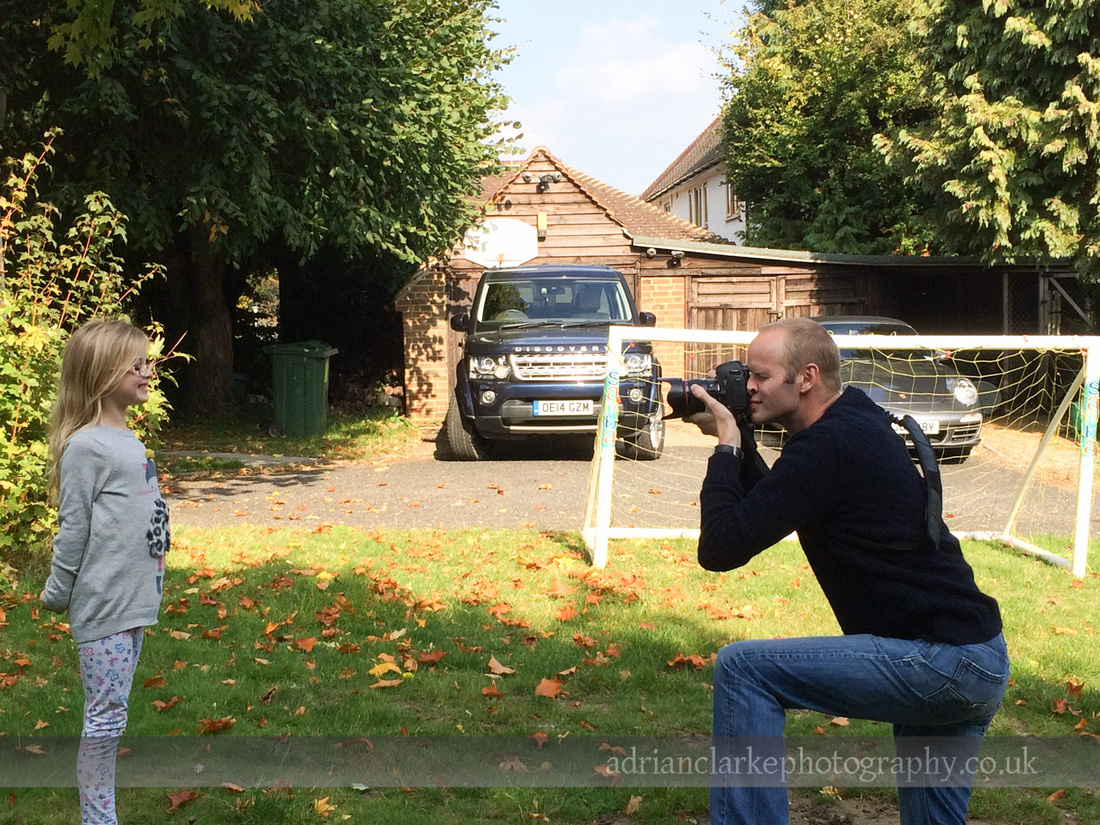 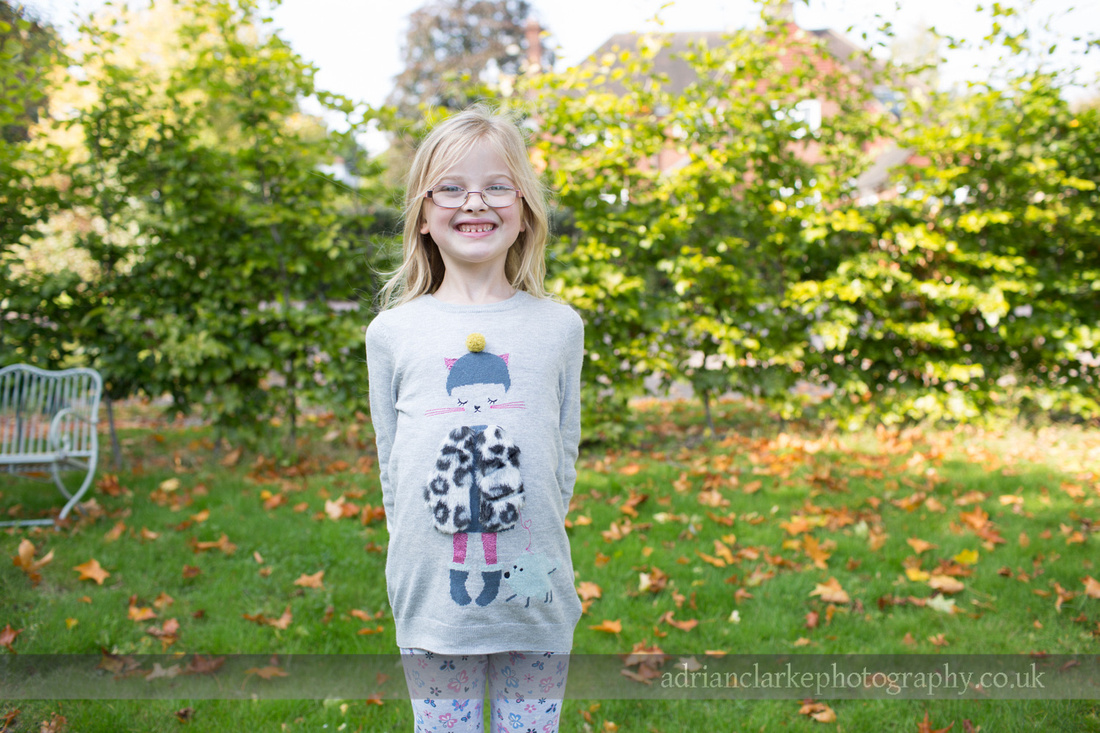 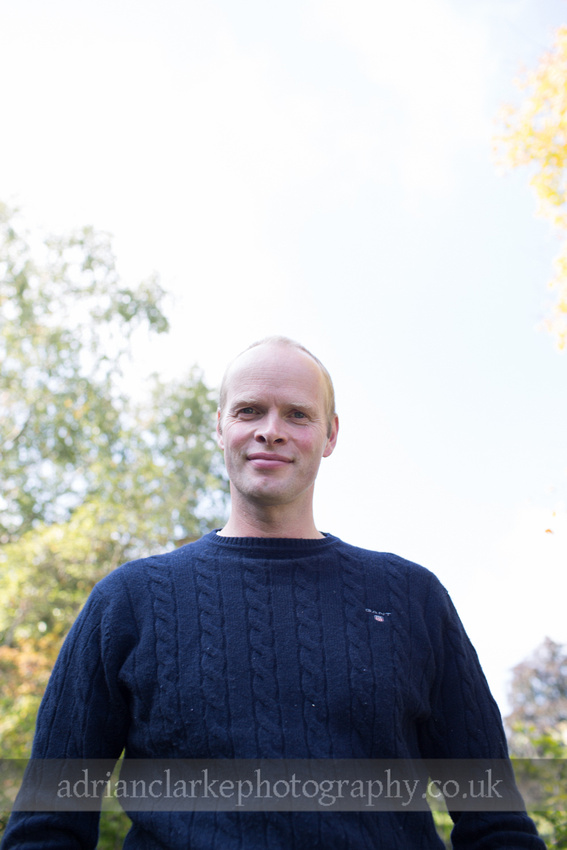 So, what is the plan here? Basically, I find that children are best behaved for photography when they are doing something else that they are actually interested in. And generally they aren't interested in sitting still and looking at the camera to have their photograph taken. Not when you want them to at least! So have them do something else. Not absolutely anything though - think of what the options are, think about how you could use it to get a good photograph, get yourself all set up and ready (distraction in just the way you want it may not last very long you see!), and cajole the children into whatever it was you had in mind that they might think was their own idea.

Granted, my children are quite used to sitting still for photographs, but they still enjoyed this session more than a sit down and pose session. First I had them help me get set up (great if you can manage it) 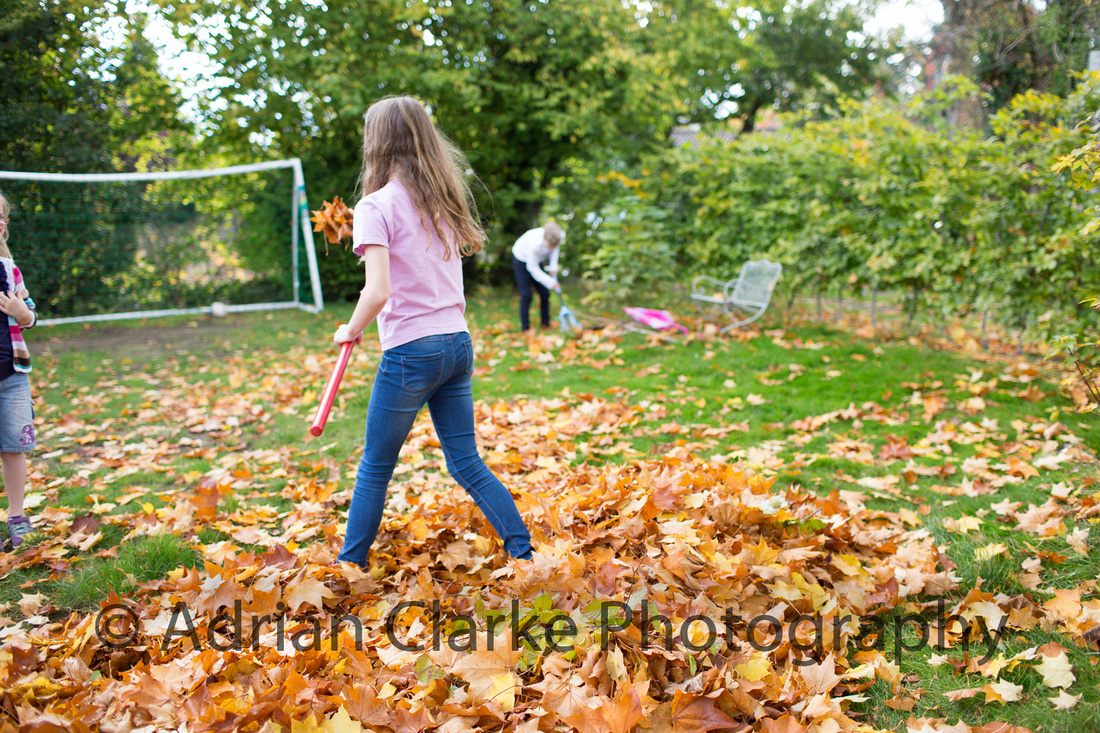 Once we had a big leaf pile made, we got down to the serious business of running through it. I took some pictures closer to the action with a wide angle lens... 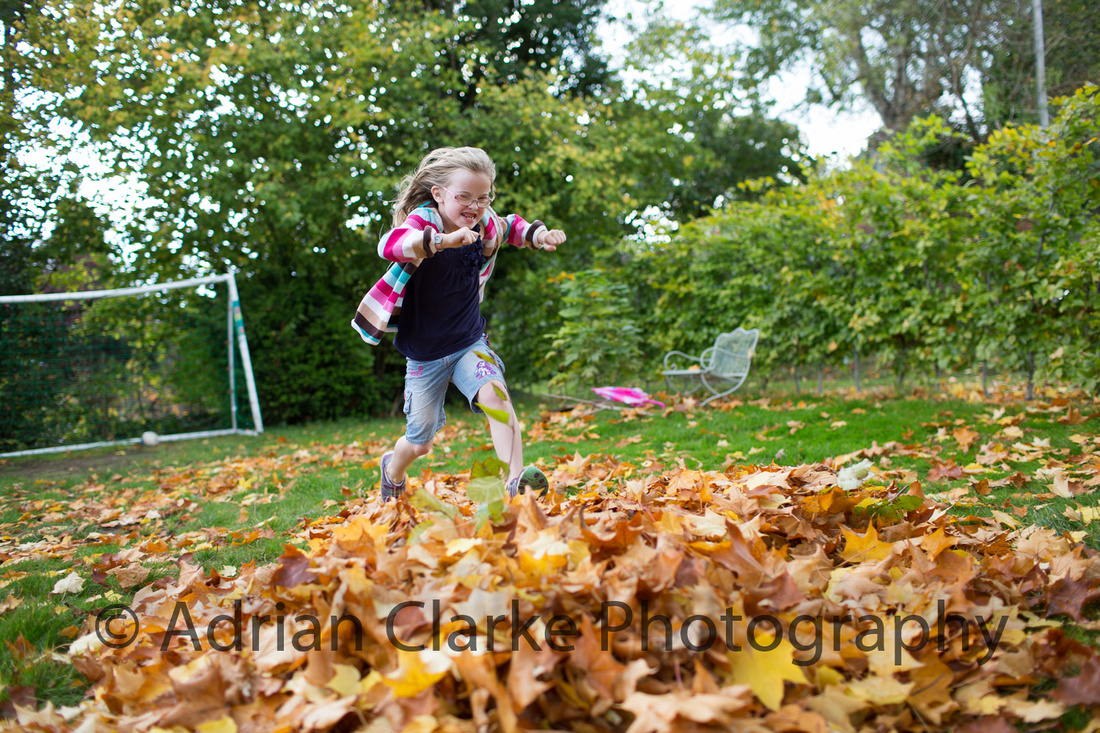 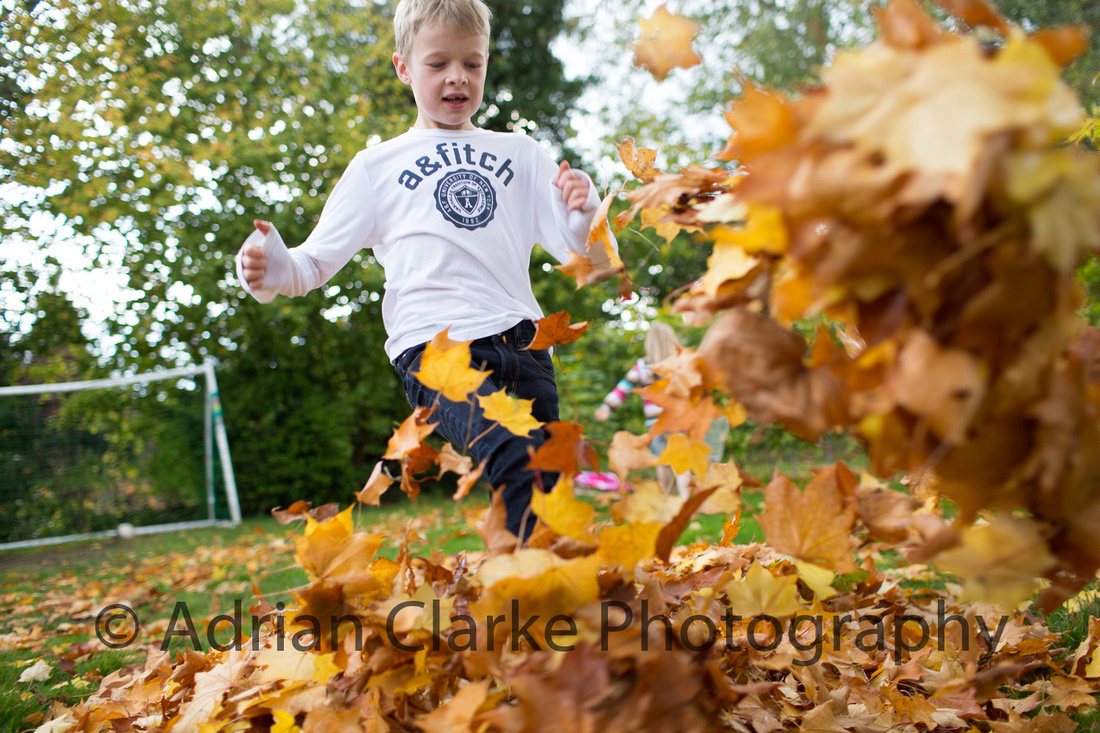 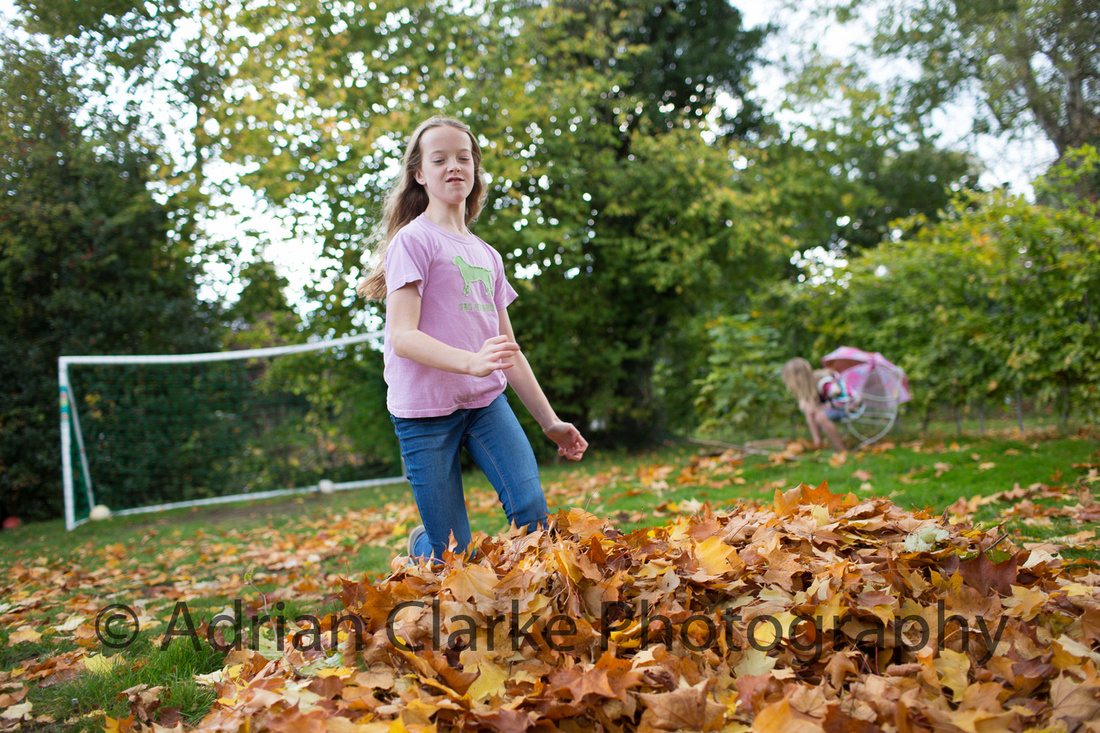 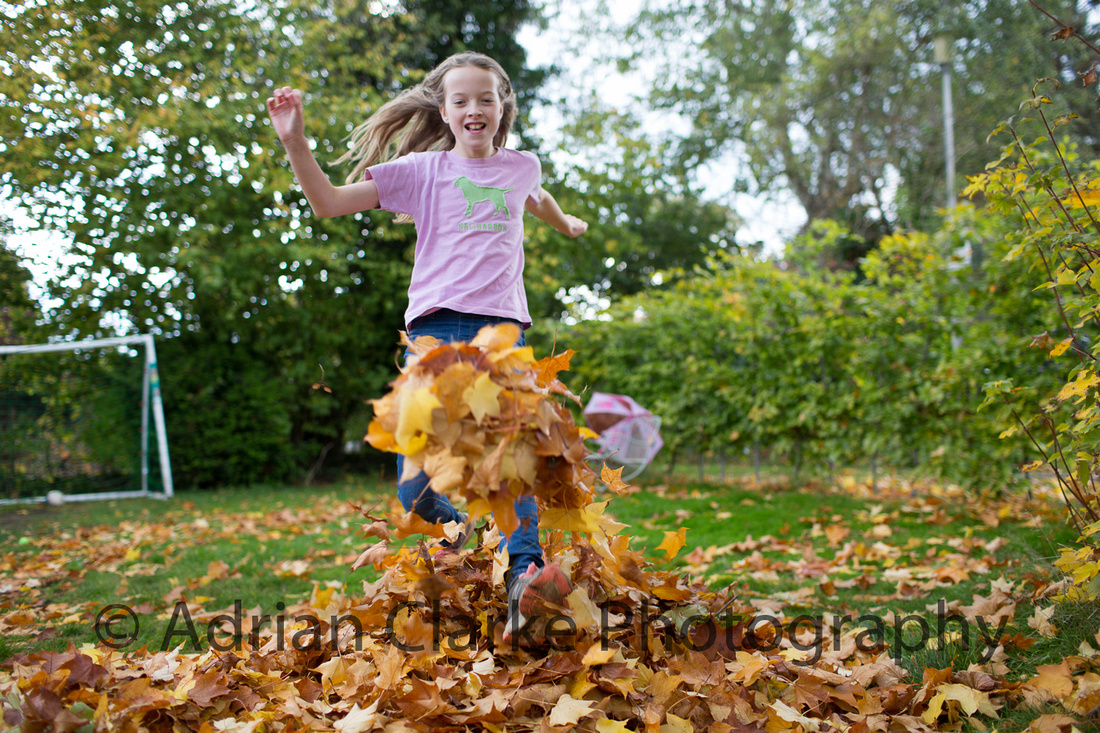 I have to admit that I did take a lot of photos of this - many out of focus, or with a crazy expression that isn't what I really wanted, or with leaves where the face should be. Lesson - if you are shooting action things, take plenty of pictures.

I took some with a longer lens from further away too... 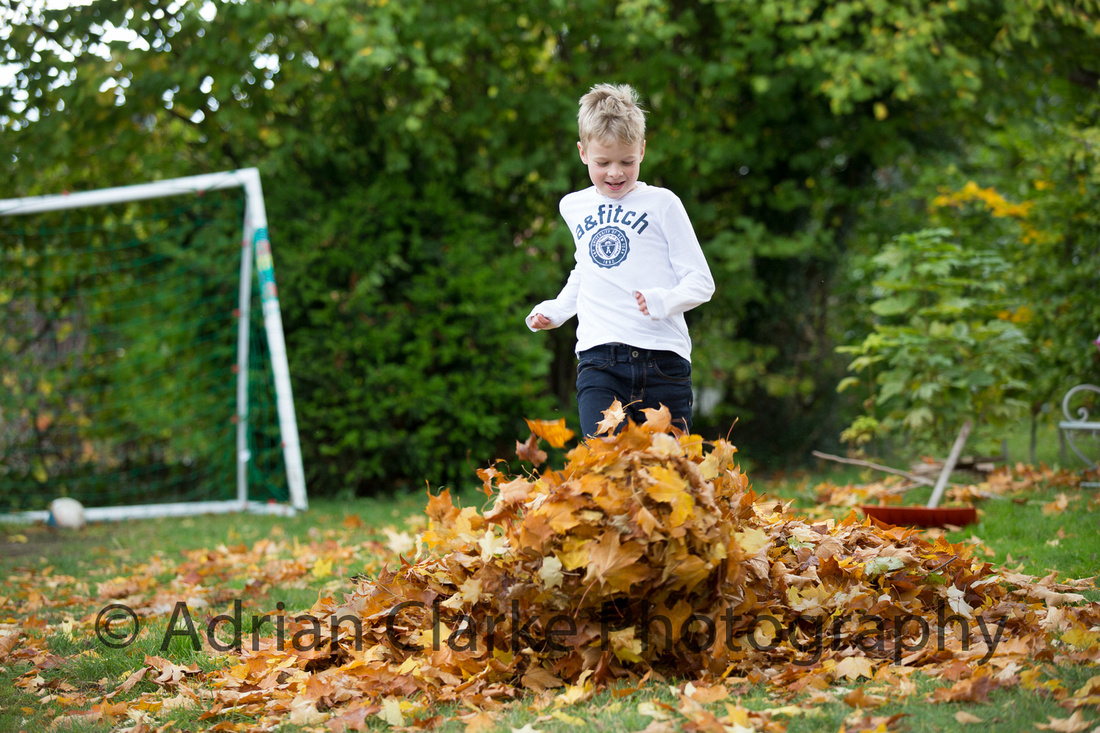 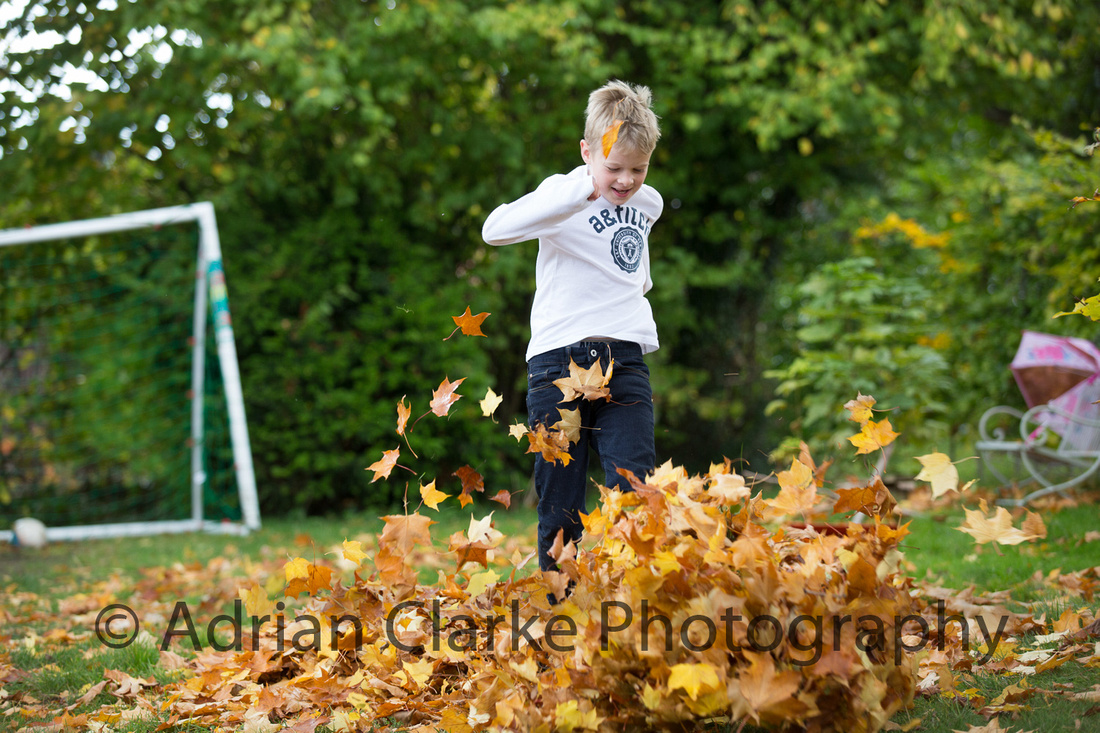 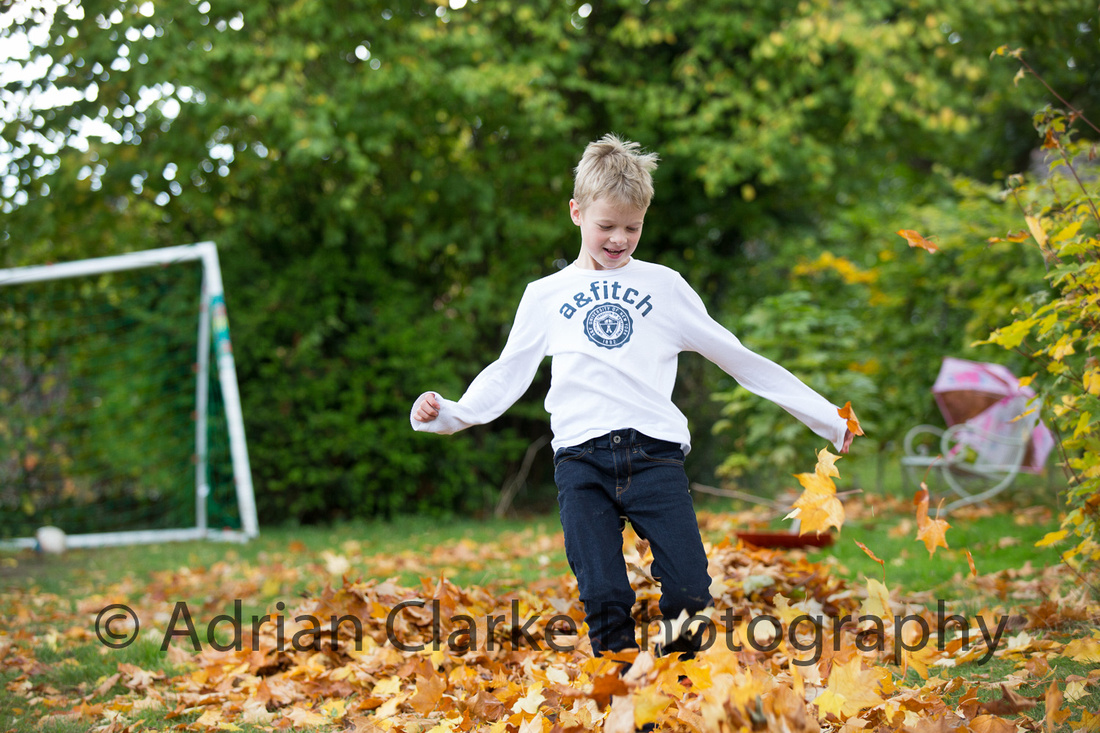 Much easier to keep things in focus and not be covered in leaves yourself, but maybe not so 'in the thick of it' as the wide angle shots earlier.

But for all of the pictures, just look at the properly distracted and happy faces. I know the leaves have gone now, but there's plenty of other distractions out there ALWAYS!